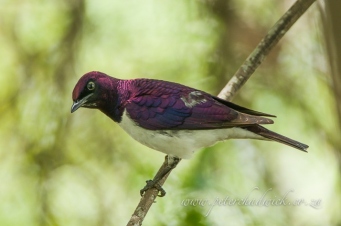 With over 400 recorded bird species, Ndumo Game Reserve is without a doubt one of the countries top birding destinations and always features highly in the annual BirdLife South Africa Big Birding Days. The reserve may well be situated in the far northern corner of Zululand, several hours from Durban, but is definitely worth the effort to get to, especially with the tarred road that takes one through the iSimangaliso Wetland Park.

The last 16km’s stretch to the entrance gate is over rough gravel and vehicles with high ground clearance are recommended. This did not deter me however, and I easily made the road in a small car, arriving at the gate around 11.00 am and close to the hottest time of the day. It had rained heavily the previous day and humidity was high, but birds were singing everywhere and many were actively feeding on swarms of flying ants that were emerging from countless holes in the ground. 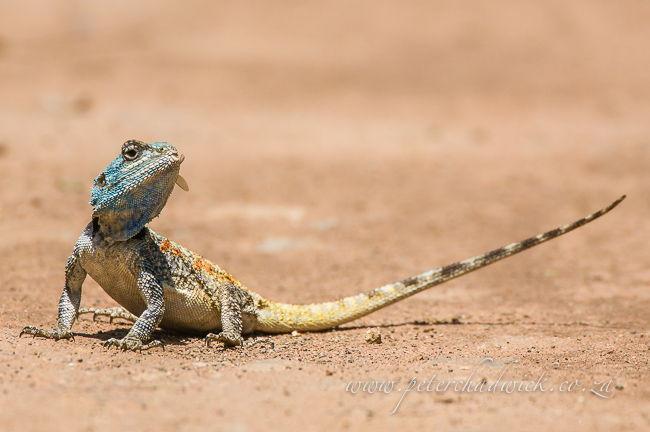 I had tried to time my visit to coincide with the arrival of all the northern migrating birds and was not disappointed when my first sightings were flocks of high flying European Bee-Eaters and shortly thereafter Red-Backed Shrikes were also sighted chasing after flying ants. In the lush green bush, calls of Striped Kingfisher, Black-Backed Puffback, Red-Chested Cuckoo, Burchell’s Coucal, Orange-Breasted Bush-Shrike and thousands of cicadas’s added to the wild feeling of the area. Golden-Breasted Buntings, Blue Waxbills and Yellow-Fronted Canarys drank from small puddles in the road and were watched by a family of four giraffe that were trying to avoid the heat by standing amongst the shade of the woodland trees. 2 of 12. Terrestrial Brownbul resting in the shade during the heat of the day. 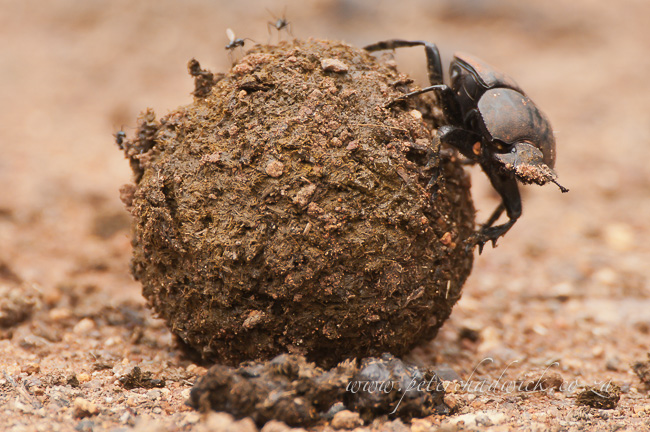 3 of 12. Given the tropical nature of the habitat at Ndumo Game Reserve, insect species abound.

Deeper in the tree line, a small family of Southern Black Tits had to scatter as two male African Paradise Flycatchers chased after one another through the green foliage of a Marula tree, trailing their long flowing tails behind them. At one flying-ant eruption, Tree Agama’s were snatching the high protein morsels from the ground and making leaps into the air, while above them Violet-Backed Starlings, a Common Scimitarbill pair, Village Weavers, a Black-Backed Puffback, a Brubru, Scarlet-Chested Sunbirds, White-Crested Helmet-Shrikes, Dark-Capped Bulbusl and Terrestrial Brownbuls also made the most of the feast on hand. 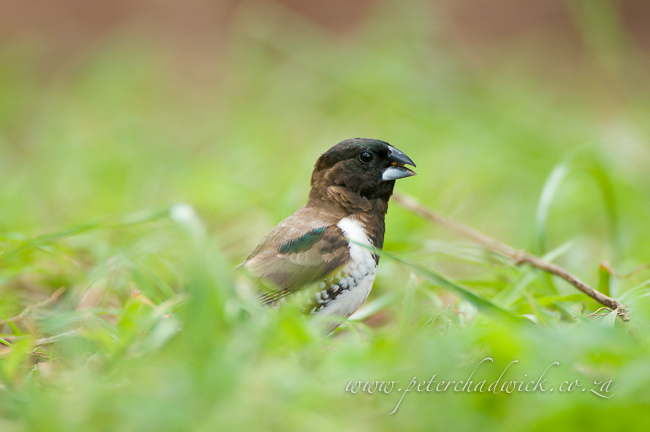 5 of 12. Bronze Mannikin feeding on grass seeds on the camp lawn

The drive from the entrance gate to the camp was only six kilometers but such was the level of frenzied feathered activity that it took me three hours to reach reception and even then I was distracted from booking in by the Lesser Striped Swallows that were nesting under every eve of every building in the camp. On the lawns Kurrichane Thrush scuttled around and at a one of the camps birdbaths, Black-Bellied Starlings, Common Waxbills, Southern Grey-Headed Sparrows and Bronze Mannikins were bathing and drinking. 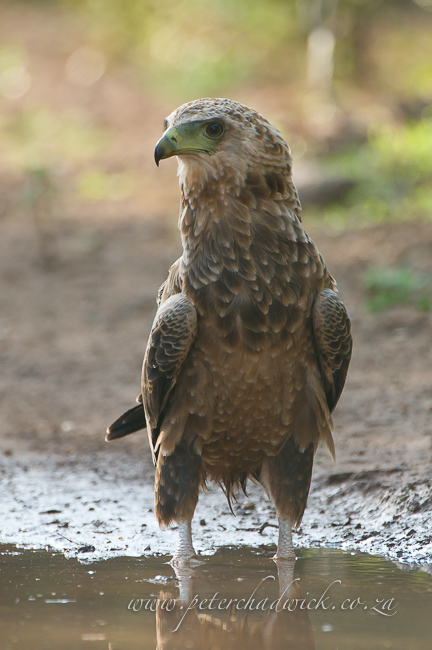 6 of 12. A juvenile Bateleur bathes and drinks fro a shallow water puddle in the road. 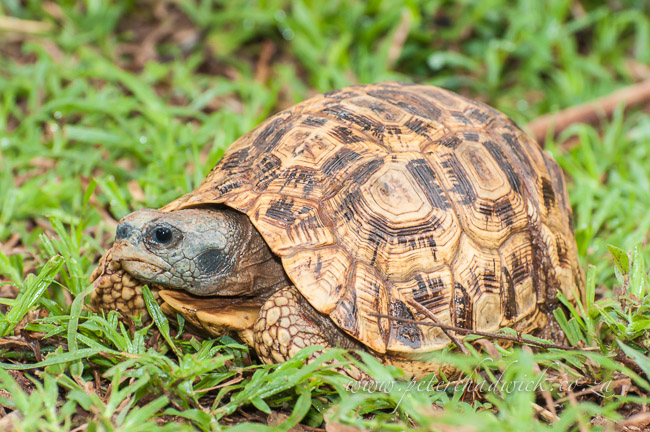 After booking into reception and having set my campsite up, I wandered around the camp environs so as to pass the remaining heat of the afternoon. In the shrubbery, Collared Sunbirds and a Grey-Headed Bush Shrike searched for food while overhead African Palm, White-Rumped and Little Swifts hawked insects on the wing. In the distance an African Fish Eagle and Purple-Crested Turacos called together with the almost madly incessant Red-Fronted Tinkerbird. Vervet Monkey troops and two Pied Crows moved around the lawns making dance like leaps into the air after the remaining flying-ants. Unhappy looking sand frogs scurried around in the sandy patches together with Guttural Toads snatching at the grounded ants that had by now lost their wings. Both Brown-Hooded and Striped Kingfishers made repeated dips into the pool to cool off and a highlight for me was watching a Grey Sunbird as it came into drink from a bird bath. 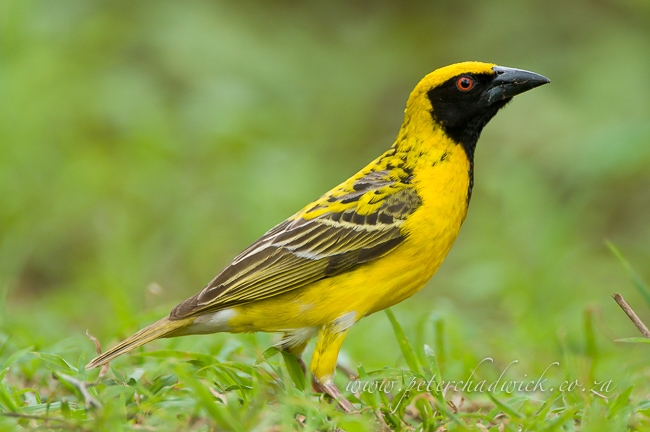 8 of 12. Male Village Weaver feeding on the camp lawn 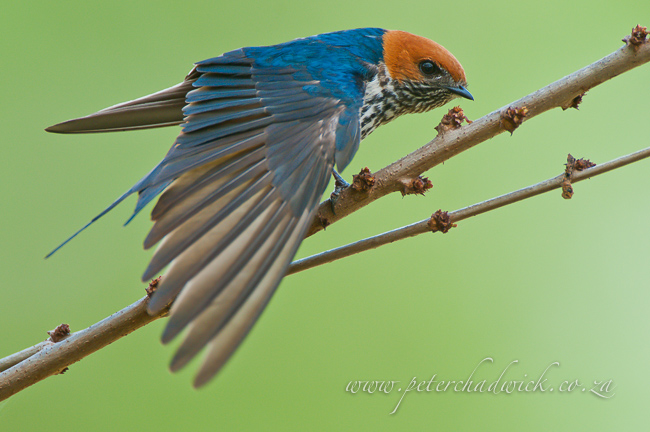 9 of 12. A Lesser Striped Swallow stretches its wing before flying off to feed.

Driving out into the reserve in the late afternoon and while watching a reedbuck ewe, I was surprised to see an immature Palm-Nut Vulture picking amongst the dried bones at the vulture restaurant. Driving down to the Ezulweni bird hide I added some of the real specials to my rapidly growing list as an African Emerald Cuckoo flew overhead and in the thick bush, Crested Guineafowl, Yellow-Breasted and Rudd’s Apalis, Pink-Throated Twinspot, Black-Throated Wattle-Eye and Blue-Mantled Crested Flycatcher were ticked off. Walking to the hide itself, Nyala and Red Duiker dashed off and at one point I had to stop in my tracks as a slight movement next to the path attracted my attention and I was thrilled to see a male African Broadbill flitter off into the undergrowth. As a result of the heavy rains the pans were overflowing and therefore not much was seen from the bird hide but I did manage to see a pair of African Pygmy Geese, Southern Brown-Throated Weavers and a Lesser Jacana amongst the more common Black Crakes, Little Grebes and Little Egrets. 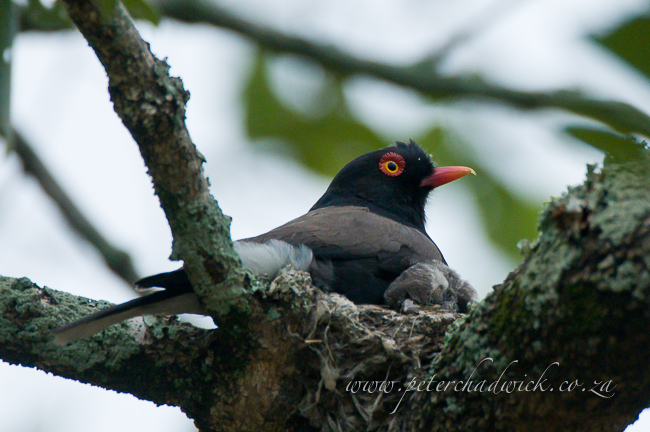 10 of 12. Retz's Helmet Shrike sitting on its well camoflauged nest.

Driving away from the hide, water monitor lizards and large land snails were seen everywhere and Foam-nest Frogs sat huddled in their foamy nests that overhung the seasonal pans. Both Leopard Tortoise and Speke’s Hinged –Tortoise’s busily crossed the roads in front of me. At one large puddle in the road a juvenile Bateleur landed and drank deeply before bathing briefly and this was much to the consternation of a flock of Crested Francolin which alarm called loudly. Other raptors that showed themselves included African Cuckoo Hawk, Southern Banded Snake-Eagle, African Harrier-Hawk, African Goshawk, Steppe Buzzard and Little Sparrowhawk. As the evening shadows lengthened and I headed back towards camp, I stopped amongst one of the heavily wooded groves and watched Trumpeter and Crowned Hornbills feeding in the canopy of a fruiting tree as a Eurasian Golden Oriole sang loudly. A small family of Retz’s Helmet-Shrikes suddenly appeared and a few moments later flew together into a tree where they proceeded to feed two chicks that were sitting in their extremely well camouflaged nest. After feeding, one of the adults settled down to cover the now contented chicks, which poked their heads out from beneath the adult. 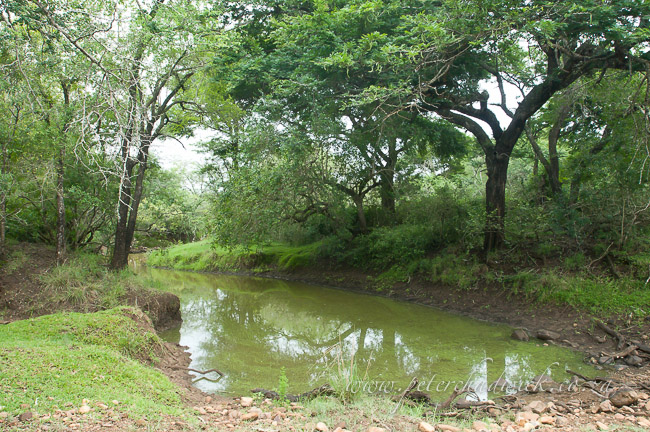 11 of 12. A lush stream bed within Ndumo Game Reserve 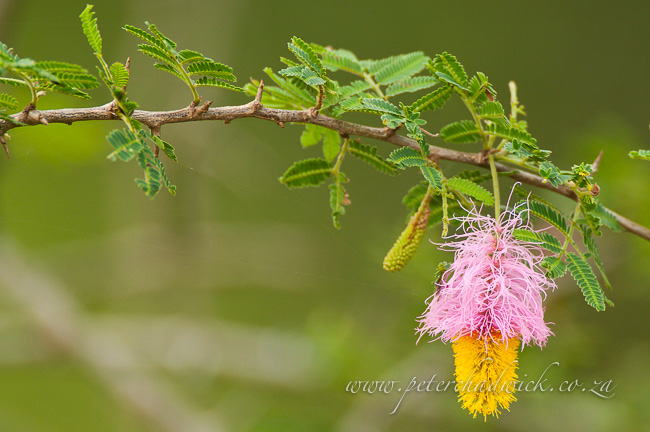 That night I was kept awake for a long while in my tent with the sound of distant thunder rolling and lightening flashing as heavy rain fell. I eventually dozed off to the sound of grunting Hippos, and I could certainly think of worse ways to fall asleep! I arose early the next morning and the overnight rain had thankfully dampened the heat. Just out of camp a Wooly-Necked Stork fed on frogs in a small pan, alongside a statue like Grey Heron. Around the edges of the pan a pair of Hammerkops flew backwards and forwards collecting twigs for their massive nest. Driving past the Retz’s Helmet Shrike nest I was in time to watch the family of bird’s first chase a Black-Crowned Tchagra and then a pair of Wahlberg’s Eagles that ventured too close to the nest. Closing my eyes for a moment, I absorbed the sounds of the bush and easily identified over 35 bird species just from their calls, adding Red-Eyed Dove, Emerald-Spotted Wood Dove, Narina Trogon, Eastern Nicator, Gorgeous Bush-Shrike, Red-Capped Robin-Chat, White-Browed Robin-Chat, White-Throated Robin-Chat and Cape Batis to the list. Heading with heavy heart to the gate, the excitement was not over as I came across an old White Rhino bull ambling down the road. On passing a massive termite mound the rhino was startled into a run when a warthog erupted out of the burrow and ran past his front feet. As I handed my exit permit in at the gate my parting shots consisted of a flock of African Green Pigeons that flew overhead before disappearing into the special wilderness of Ndumo.