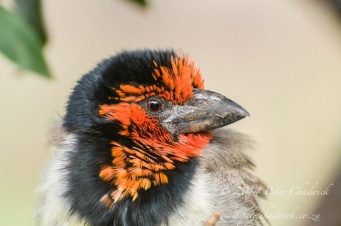 In the city of Johannesburg there is a continuous hustling and bustling, as people rush to meet one deadline after another, with seemingly never a moment to take a break to just breathe and enjoy! Fortunately, just one and a half hours away from this craziness and past the expansive waters of the Hartebeestpoort Dam lies the wild and rolling hills and valleys of the Pilansberg Game Reserve.

This reserve teams with wildlife and birdlife reminiscent of times long passed when the entire landscape was in complete harmony. Located in the transition zone between the western arid Kalahari and the wetter eastern lowveld, there is a huge variety of geology, landscape, rainfall and vegetation and this gives rise to a diversity of animals and birds not encountered elsewhere in the country. 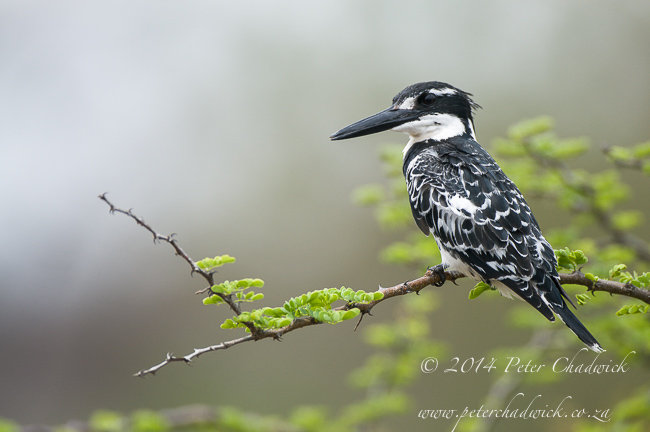 I had awoken early and with coffee flask in tow, left the city of concrete behind me so as to arrive at Pilansberg at gate-opening time and in the hope of catching the best morning light and the cooler hours when animals and birds would be at their most active. Arriving in the parking lot near reception I was already greeted by a large feathered congregation and had to keep my memory at its sharpest as an Arrow-Marked Babbler family cackled to one another amongst flocks of Southern Masked-Weavers, Grey Go-Away-Birds, White-Fronted Bee-Eaters, Black-Headed Orioles, Red-Billed Hornbills, Southern Black Flycatchers, African Red-Eyed Bulbusl and Kalahari Scrub-Robins. 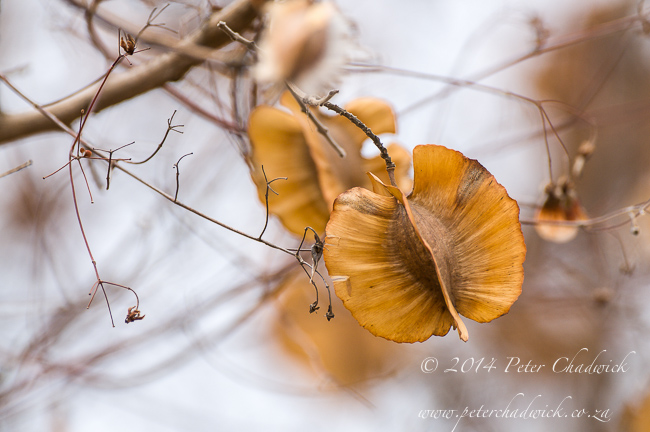 Driving on through the entrance gate and into a block of land that had been recently burnt, one could sense that the dry bushveld was excited by the overnight rain that had fallen. Green grass was starting to shoot through the blackened stumps and looking carefully at the trees and shrubs, I could discern the first emerging buds of green leaves that would soon turn the brown landscape into a green carpet of lushness. Bulbous plants were popping through everywhere, displaying carpets of yellow and purple flowers. Diminutive Scaly-Feathered Finches, Violet-Eared Waxbill, Black-Cheeked Waxbill, Blue Waxbills Red-Faced Mousebirds and Dark-Capped Bulbuls bathed in the pools of water lying in the road. African Wattled Lapwing, Groundscraper and Kurrichane Thrushes, Namaqua Sandgrouse, Blacksmith Lapwings and Cape Turtle-Doves searched amongst the reviving veld for food morsels, only occasionally pausing to look around them. At every culvert under the road, Lesser-Striped, White-Throated and Red-Breasted Swallows were building nests and flew continuously backwards and forwards with small mud pellets, that would form their nests and which had been gathered from the now available muddy pools. 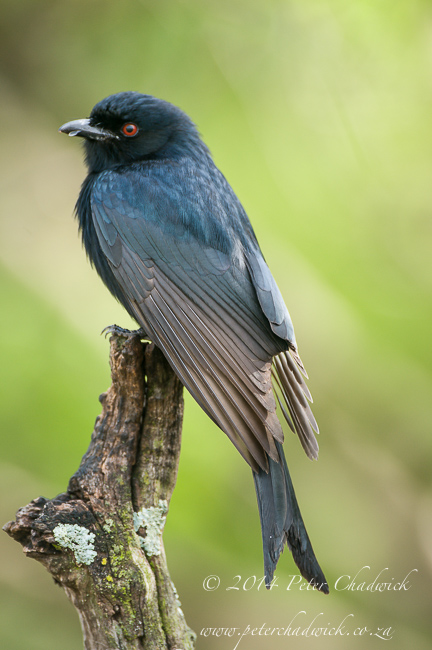 Stopping briefly, I closed my eyes to just listen to the orchestra of sound around me and heard an alarm calling Tree Squirrel, Crested Francolins, a flock of high flying European Bee-Eaters, Crested Barbets and Laughing Doves. The indignant squirrel sat high in a tree and scolded a passing Cape buffalo bull that has just emerged from a long wallow in a mud bath. The buffalo wandered between a herd of impala that were moving through the landscape, stopping to either graze or browse, with the young rams alternating between sparring and grooming one another. 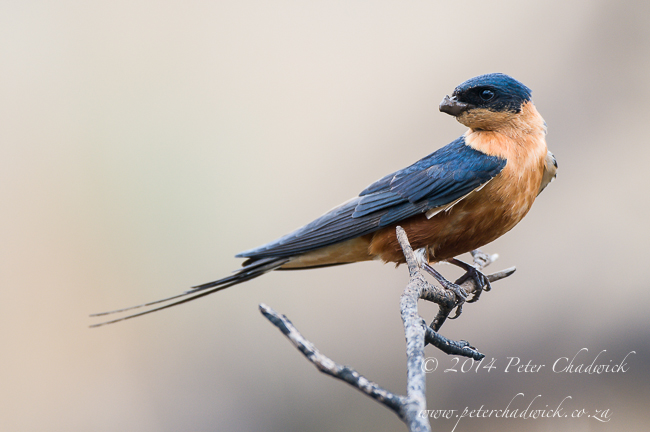 The reviving rain had, it seemed, also stimulated the breeding drive of the birds as African Grey and Southern Yellow-Billed Hornbill pairs sat in dead trees and displayed to one another with elaborate bowing dances and repetitive calling. Rufous-Naped Larks were plentiful and they too were displaying in the hope of proclaiming territories and attracting mates. A Magpie Shrike family hunted from elevated perches and at one point one of the birds had a brief tussle with a Crimson-Breasted Shrike that had also spotted the same item as its longer-tailed cousin. A highlight for me was seeing a pair of Black-Chested Prinia, a bird that I had not seen since working in the Kalahari in the early 1990’s. 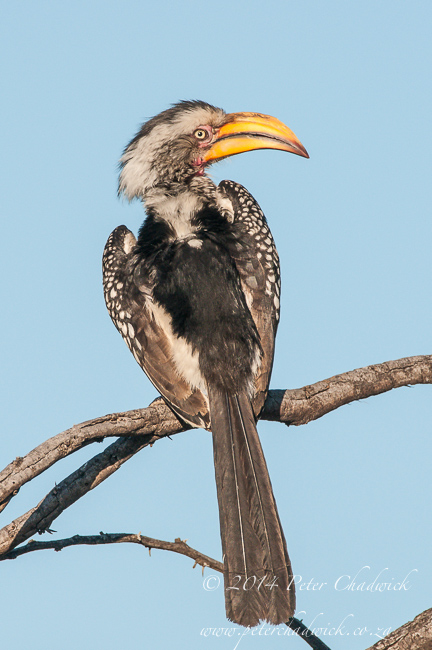 Following the network of roads, I headed for the Mankwe Dam, on the way passing a small herd of African Elephant. Many of the herd was just standing around resting, whilst one youngster bent down to use his tusks to break branches from a small acacia bush. Close by, a Fork-Tailed Drongo followed the elephant’s every move and occasionally swooped down as the large body disturbed insects underfoot. Reaching the edges of the dam, Yellow-Billed Storks, African Spoonbills, Grey Herons, Black-Winged Stilts and Little and Yellow-Billed Egrets all fed in the shallows whilst on the waters edge, Common Greenshank, Marsh Sandpiper and Little Stint scurried about between more numerous Three-Banded Plovers. Up one of the more sheltered inlets, flocks of Egyptian Goose, Yellow-Billed Ducks and White-Faced Ducks sat on the sandbanks while a Green-Backed Heron stood motionless amongst a small heap of boulders in the shallows. In dead trees around the dam, African Fish Eagles sat high and occasionally left their perches to undertake a fly by of the feeding waterbirds, sending them into flights of panic as the eagles swept low and ever on the lookout for an easy meal. 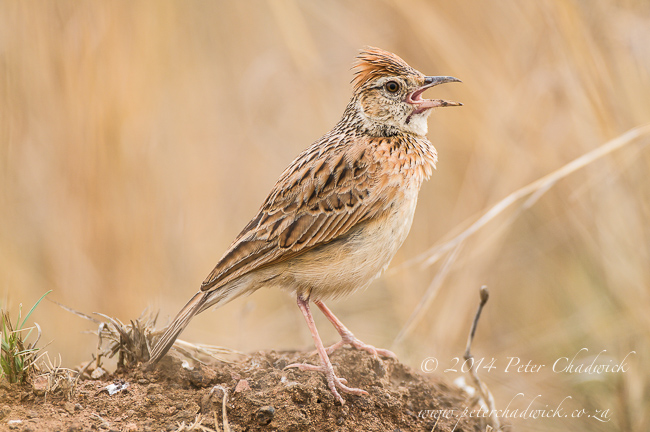 Driving around the dam, I passed through open grasslands where herds of Springbok, Burchells Zebra, Warthog and Blue Wildebeest grazed and Common Ostrich, Crowned Lapwings, Capped Wheatear, Familiar Chat and African Stonechat were also seen. At the Fish Eagle picnic site, I decided to take a break and placing my lunch out on the table provided was distracted by a pair of Mocking Cliff-Chats, this distraction was sufficient to allow the ever opportunistic Vervet Monkeys the opportunity to run in and snatch and depart with my lunch and my attempts of retrieving my lunch were unsuccessful - much to the enjoyment of the children of another family sitting near by. With no sustenance now I available, I wandered through the red-rock kopjies of the picnic site, finding Chestnut-Vented Tit-Babbler, Long-Billed Crombec, Black-Collared Barbet and Yellow-Throated Petronia. In the trees Sabota Larks sang and in the grasses, Rattling Cisticolas were very common. 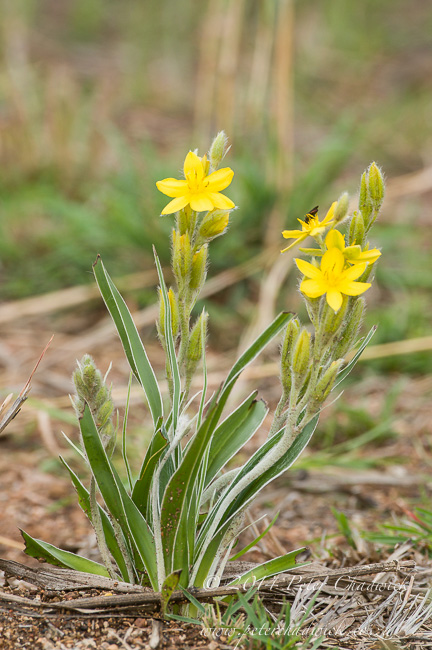 With the heat of the day now behind us, distant clouds started to build up and it was not long before heavy thunderclouds covered the entire area and brought stillness to the landscape as everything waited in anticipation for rain. Millipedes started to appear in huge numbers together with occasional Leopard Tortoises. The previously high flying Africa Palm, Little, White-Rumped and African Black Swifts flew closer to the ground together with huge flocks of Barn Swallows and this was another indicator that rain was soon on its way. 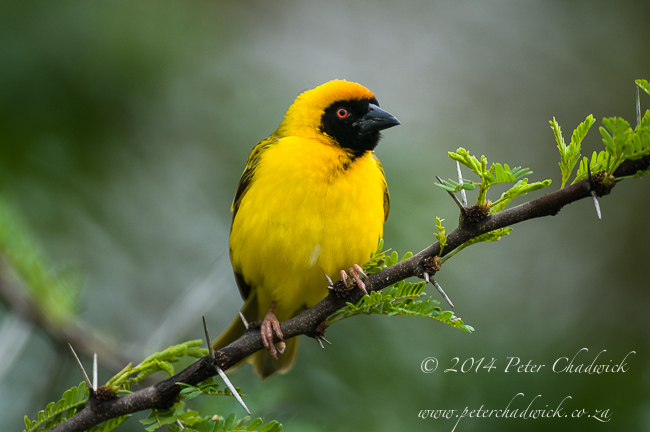 At Makorwane Dam, a pride of lion had killed a huge adult hippo and were now lying far off in the bushes after feeding themselves to bursting point. African Sacred Ibis and Cattle Egret were pecking at flies and insects that had been attracted to the carcass. Closer by on the waters edge Common, Wood and Marsh Sandpipers were present together with a Great Egret. In the dead trees, Reed and White-Breasted Cormorant and African Darter sunned their wings and a pair of Pied Kingfishers preened one another’s feathers. On the far bank of the dam a few Nile Crocodiles lay motionless and the remaining six hippos slept protectively in a semi-circle around a young calf as Red-Billed Oxpeckers moved across their backs pecking at parasites and into any open wounds. By now a strong wind had built up and moments later the skies opened up to empty a deluge of rain that would help to continue to bring new life to this ancient and amazing landscape. 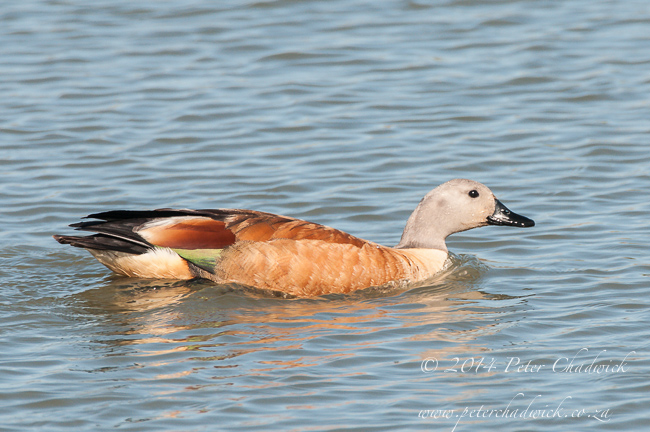 Habitats: Pilansberg exists within the transition zone between the dry Kalahari and the wetter lowveld bushveld vegetation. This transition allows for a huge diversity of species of all forms. There is also arrange of altitudes between the various valleys and hilltops

Getting There: Pilansberg is situated 50kms north of Rustenburg and is only 1, 5 hours drive from Johannesburg. Follow the N4 past Hartebeestpoort Dam to Rustenburg. Follow the R565 and signs to Sun City from where the reserve is well sign posted

Ten Tips For Photographing in the Kgalagadi Transfrontier National Park
Reviewed by Rodolphe
"Thank you Arne for this very helpful and interesting introduction..."