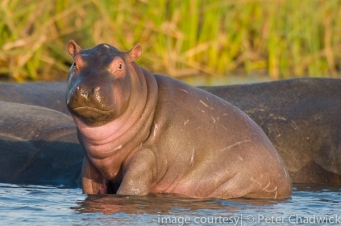 iSimangaliso Wetland Park is deservably a World Heritage Site and the Eastern Shores extend from St Lucia through to Misson Rocks, Lake Bhangazi and Cape Vidal.

The area holds an incredibly rich diversity of game species, birdlife, reptiles and marine species. Tropical reefs lie offshore and with Loggerhead and Leatherback Turtles breeding on the beaches on warm summer nights and the Humpbacked Whale holds annual migrations between June and October. Lake St Lucia holds dense populations of Hippo and crocodile as well as having mangroves along its shores. The area also forms part of the Zululand Birding Route.

Best Time to Photograph
Birds and game species are most active during the early morning, while insects and reptiles become more active from mid-morning. Turtles can only be photographed at night and the Humpbacked Whales and other marine mammals pass through the area throughout the day.

Type of Photography
Best Time of Year
Throughout the year
Photographic Tips
Turtle tours can be booked in Saint Lucia as can boat trips to sea to photograph various marine mammals including the Humpbacked Whales. It is also well worth booking a sunset cruise on the Santa Lucia cruise boat as this takes one up through the lake past pods of Hippo and basking crocodiles and is an excellent platform for water bird photography

Recommended Gear
A full range of lenses and camera gear is needed for this incredibly rich and diverse area. Zoom lenses are best for marine boat trips and weatherproof covers are advisable to protect cameras against salt spray and dust. When out at sea, be sure to carry all-weather protective clothing and carry plenty of water.

Season and Weather
Summer months are extremely hot and humid and afternoon thundershowers can be expected. Note that this is a malaria area. Winter weather is more pleasant with cool temperatures and more stable weather patterns.

Rhinocerous in Peril
Reviewed by Adrian Stevens
"Fantastic photo's which bring home the terrible reality that we..."