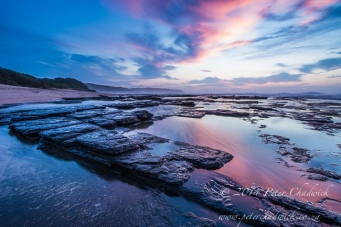 South Africa is blessed with one of the richest and most diverse coastlines and marine environments on the planet. Extending for nearly 3500km’s between the Mozambique border and Kosi Bay in the east and the Orange River estuary bordering Namibia in the west, our coastline offers incredible opportunities for landscape photography.

1. Get out there. Our coastline is rich in photographic opportunities and it is important to explore the coastline, taking note of possible subject matter to which you can return when the conditions are right. There is no such thing as bad weather or bad light and it is important to use the current lighting to your advantage to create different but compelling images.

2. Free your mind & slow down. Many photographers get conned into the impression that fancy gear and equipment is a requirement for landscape photography. Sure, some additional equipment such as Lee Filters does help but it is your creative mind that ultimately determines the success of an image - use this creativity to maximum advantage. Use the equipment that you have to its best advantage and consider changing lenses for different effects. It is also important to slow down, taking in the variety of scenes around you. Pause from your current scene and  look around you as often an even more powerful image can be found by looking back over your shoulder.

3. Use the weather. Watch weather reports for different weather patterns that can be used to advantage. Strong storm fronts often create the best opportunities and though light may be low, breaks in the cloud cover that allow shafts of sunlight to penetrate throw up vivid colours.

4. Stability. Given that long exposures are often needed in creating compelling landscpae images a sturdy tripod is an absolute must and this should also be used together with a remote shutter release. The slightest camera movement will create blur and can ultimately destroy a good image.

5. Capturing mood. Mood in an image can be created through the impression of movement or through making use of the weather. Long exposures blur the movement of water to varying degrees and experimentation using differring shutter speeds should be experimented with to determine what works best with the specific scene.

6. Create depth. Depth in an image can be created by the use of strong foreground subjects and by using leading lines that draws a viewers eyes deeper into an image.  The depth of field is also a deciding factor and in most cases focal depth is needed throughout the image.

7. The golden hours. Although I mentioned above that strong landscape images may be created under most lighting conditions, the light around dusk and dawn is the most favoured because the low angle of the sun enhances the most vivid and appealing lighting.

8. Change your point of view.  When taking landscape images, it is important to move around the selected scene to determine if better angles can be found. Also try different focal length lenses and use both the vertical and horizontal plane. Aerial photography adds yet another dimension to landscape photography.

9. Eye catching subjects. A strong compositional element that draws the eye constantly back towards it, often makes a stunning landscape image and this can vary from a geological feature, cloud pattern, animal or person within an image.

10. Watch those horizons. Often, we get so caught up in trying to compose our images correctly that we forget about ensuring that our chosen horizon is horizontal. Always look at all aspects of your subject matter and scan your eyes across the entire screen. Take test images to ensure composition is in order. 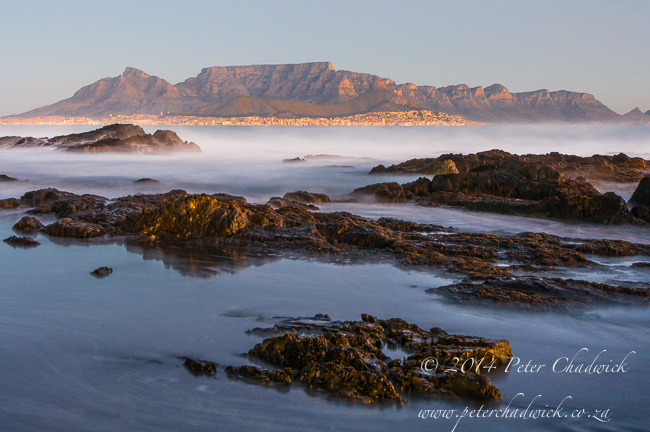 1 of 20. The slopes of the globally recognisable Table Mountain and 12 Apostles glimmer in the dusk light and as viewed from the shoreline of Robben Island, Western Cape, South Africa. 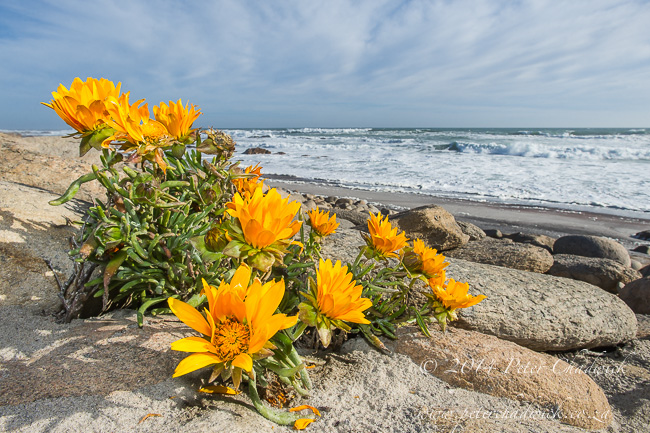 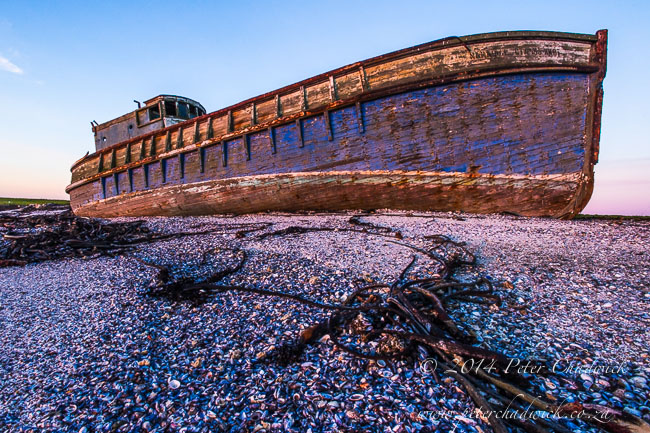 3 of 20. Given the rugged nature of the South African coastline, numerous ship wrecks may be found along the shoreline providing interesting photographic subjects when placed in context of the coast. Dassen Island, Western Cape, South Africa. 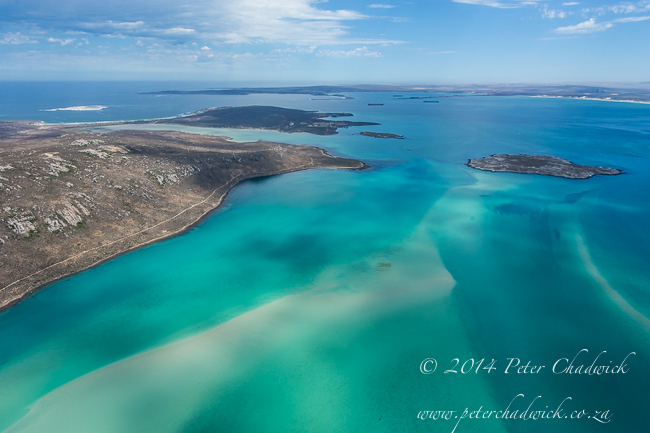 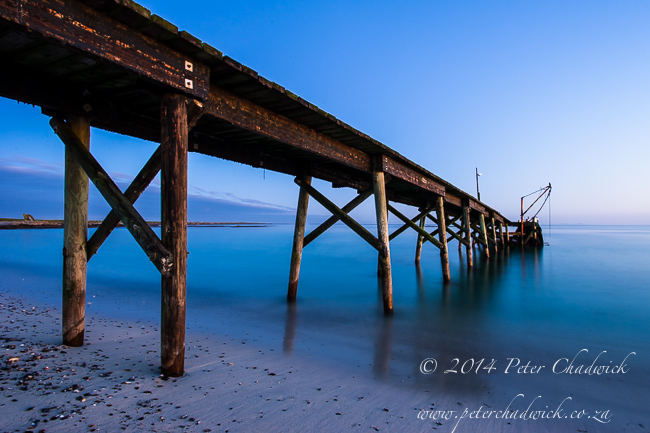 5 of 20. This wooden jetty at Dassen Island provided an interesting photographic subject in the pre-dawn light when a long-exposure was used to maximise depth of field and create a glassy effect on the ocean. The jetty itself provides a leading line that takes the viewer deeper into the image. Dassen Island, Western Cape, South Africa. 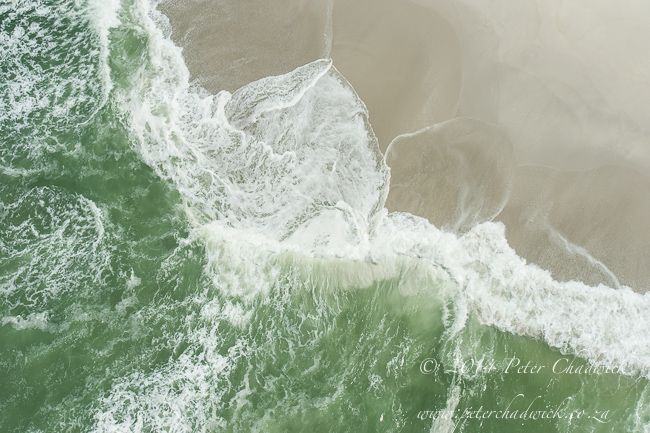 6 of 20. An aerial perspective of the waves formed in the deep oceans as they crash against the sandy shoreline of the West Coast creates interesting eye-catching patterns. 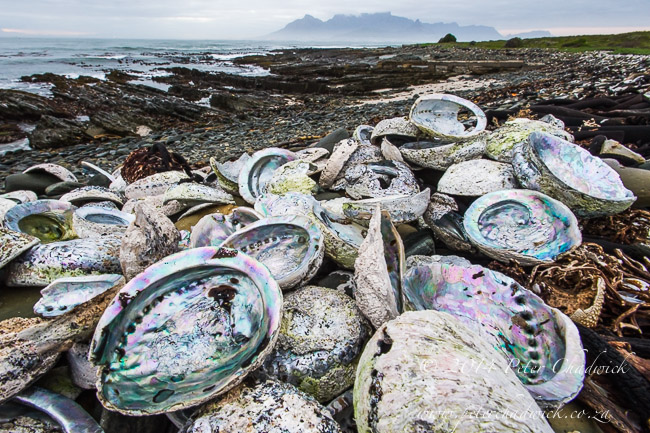 7 of 20. These Abalone shells that litter the shoreline of Robben Island provide a strong attention grabbing foreground against the distant outline of Table Mountain and also highlights the unsustainable levels of illegal abalone poaching that is rampant in our waters. Robben Island, Western Cape, South Africa. 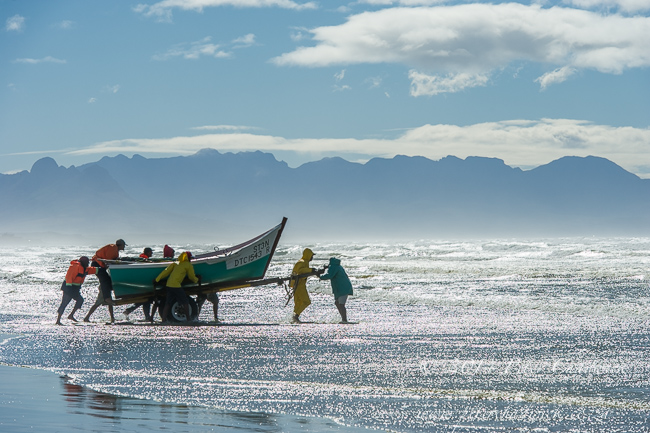 8 of 20. Strong landscape style images can still be obtained when the sun is high in the sky by using strong subject matter and as in this case, by shooting into the light so that silhouettes are created on a silvery glittering sea. False Bay, Cape Town, Western Cape, South Africa. 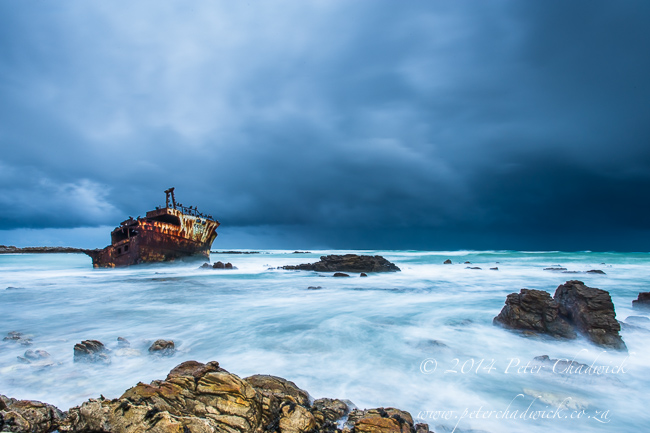 9 of 20. Weather plays an important role in landscpae photography and in this case, the heavy winter storm added intense mood to this image of a ship wreck shattered against the Agulhas coastline, Agulhas National Park, Western Cape, South Africa 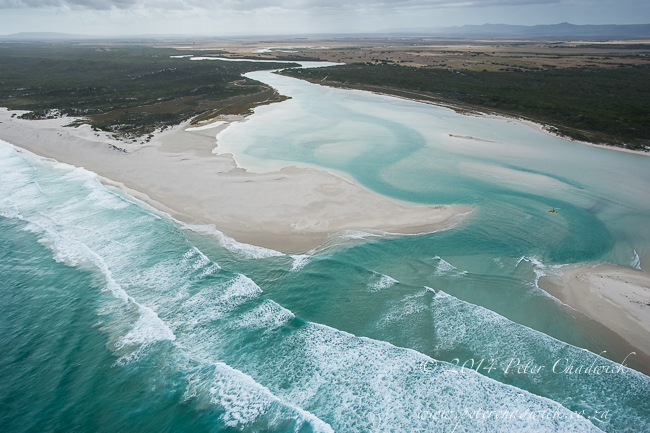 10 of 20. An aerial view of the Heuningness River as it flows through the estuary mouth and into the sea highlights that value of using differing points of perspective when photographing coastal landscapes. De Mond Nature Reserve, Western Cape, South Africa 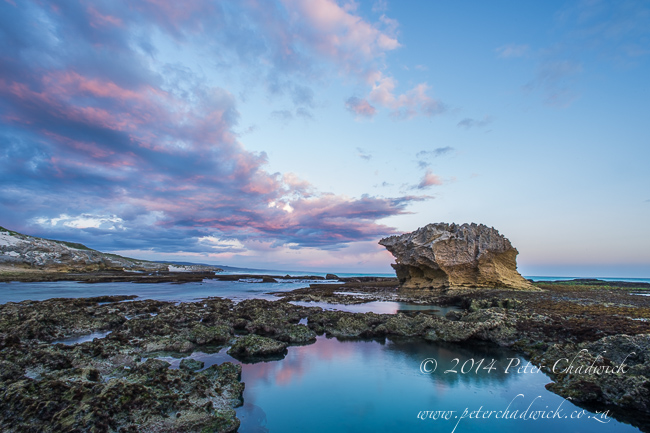 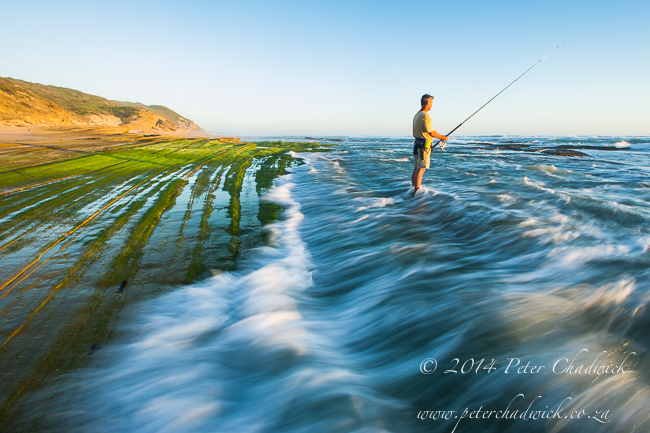 12 of 20. This coastal scene was enhanced by the inclusion of a fisherman and by slowing down the shutter speed to create the impression of moving water. Goukamma Marine Protected Area, Western Cape, South Africa. 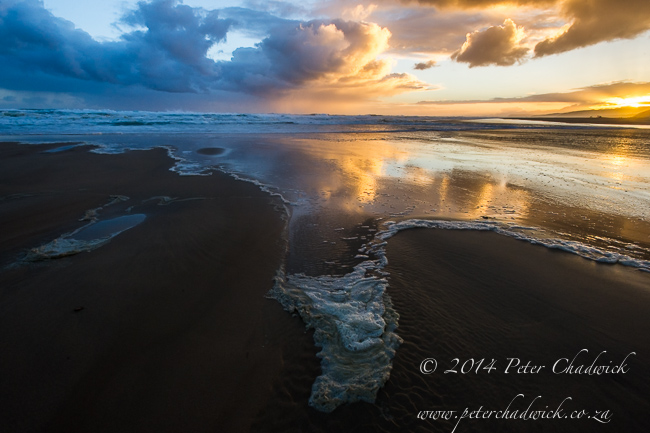 13 of 20. Cloudy skies at dawn or dusk add immensly to any landscape photograph, especially when the sun reflects rich colours up onto the clouds. Goukamma Marine Protected Area, Western Cape, South Africa. 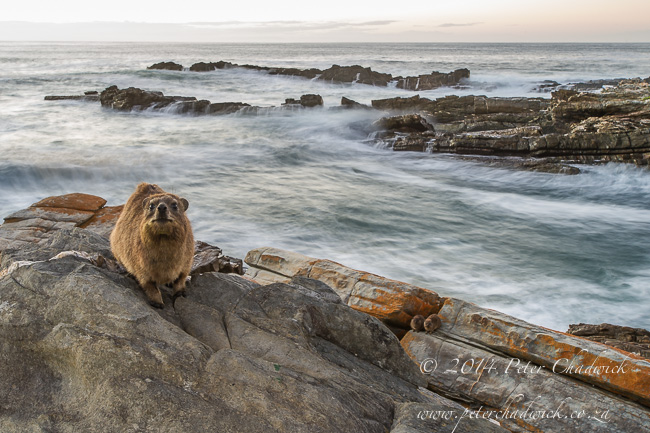 14 of 20. Always try to find subjects that can add interest to a landscape image. In this case there were no interesting clouds in the sky, but this sunning Rock Hyrax provides a focal point of interest. Tsistsikamma Marine Protected Area, Eastern Cape, South Africa. 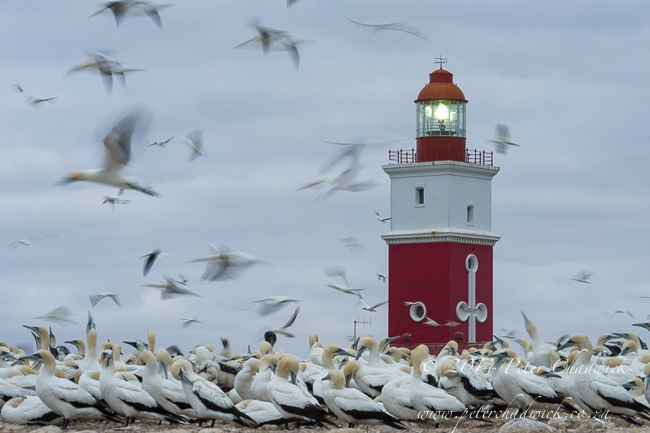 15 of 20. Iconic features along our coastline are always popular subjects to photograph but the trick is to take something different that creates a memorable image. Here a slow shutter speed captures the Cape Gannets as they return to their overnight roost site on Bird Island in Algoa Bay and set against the iconic lighthouse built in 1852. Bird Island, Algoa Bay, Eastern Cape, South Africa. 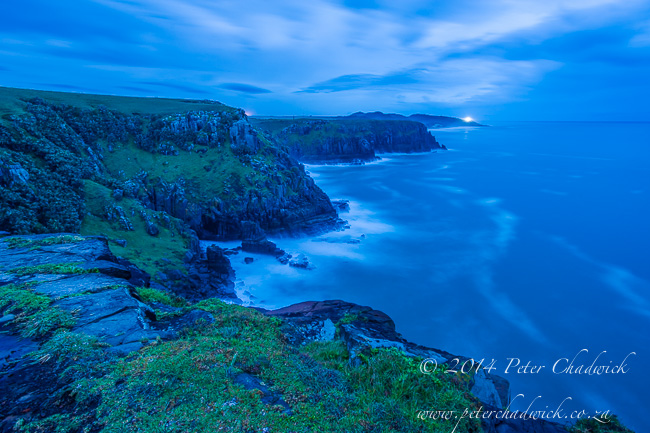 16 of 20. This image of the rugged coastline at Morgans Bay on the Wild Coastline was taken in the pre-dawn light, using a long exposure of 135 seconds. Where light is low, experimentation will be necessary to ensure the right exposure for the scene that you are trying to capture. Morgans Bay, Eastern Cape, South Africa. 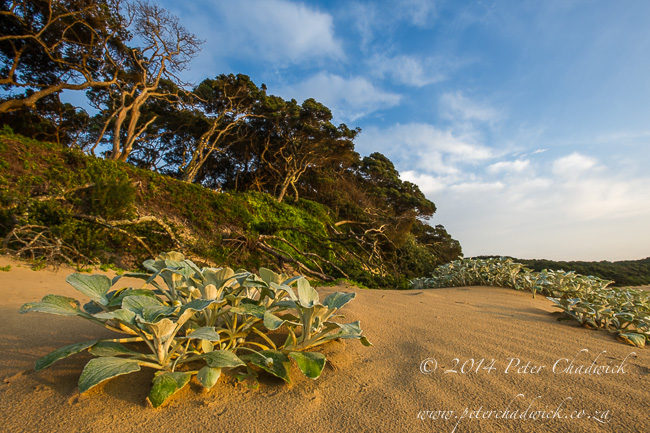 17 of 20. The strong foreground subject coupled with the leading lines of the coastal forest as the first rays of the sun fall along the coastline draw the viewers eye deeper into this image that is also enhanced by a partly cloudy sky. Dwesa-Cwebe Marine Protected Area, Eastern Cape, South Africa. 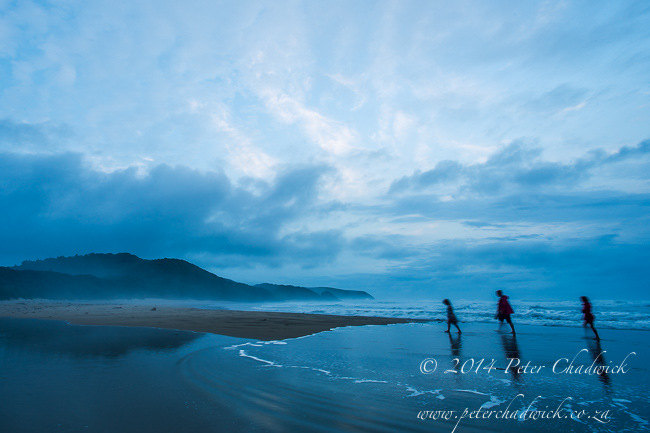 18 of 20. Low light meant that this image was rather dull and boaring but the three people walking across the frame turned the scene into something dramatic and nteresting. Dwesa-Cwebe Marine Protected Area, Eastern Cape, South Africa. 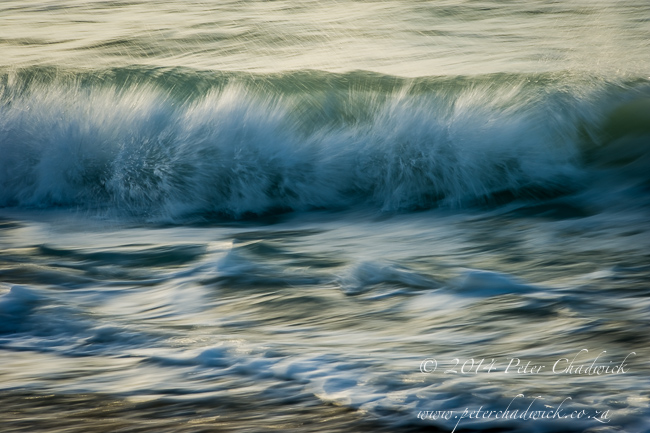 19 of 20. Crashing waves along the coastline always captures our attention and these may be photographed in mumerous ways that create different moods to the final image. Fast shutter speeds freeze the movement of the water while a slower shutter speed creates more artistic images with movement and mood. Trafalgar Marine Protected Area, KwaZulu Natal, South Africa. 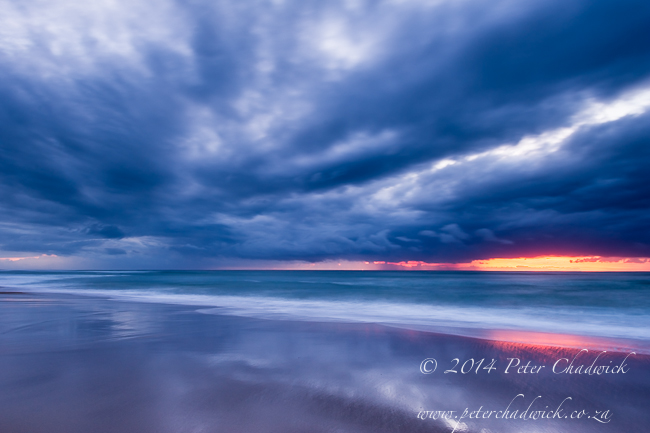 20 of 20. Always watch weather reports for the approach of cold fronts that add drama to often ordinary coastal scenes such as this long sandy beach. Long waits will often be necessary to find that short gap in the clouds when the sun pops through, throwing colour and light onto the scene. Trafalgar Marine Protected Area, KwaZulu Natal, South Africa.