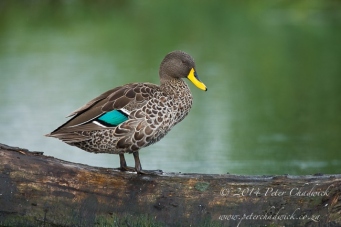 When traveling, I often get stuck with a couple of hours to spend between connecting flights and would much rather spend this time constructively carrying out some good local birding than being trapped in a boring departure lounge. Fortunately, Johannesburg provides such an opportunity with the Rietvlei Nature Reserve being situated just half an hour’s drive from the international airport and on the road to Pretoria.

This gem amongst the urban metropolis provides an excellent site for good highveld birding and you can easily notch up a good list within a couple of hours whilst also watching some of the larger ungulate species. On my arrival at the reserve and with the distant and rapidly fading sound of rushing vehicles on the nearby freeway, I was greeted by a colony of nesting Southern Masked-Weavers in one of the large trees overhanging the reception buildings. The males were busy displaying by hanging under their nests or making adjustments to the neatly shaped inverted ovals in the hope of trying to impress the female weavers that they were the obvious choice to suitor with. 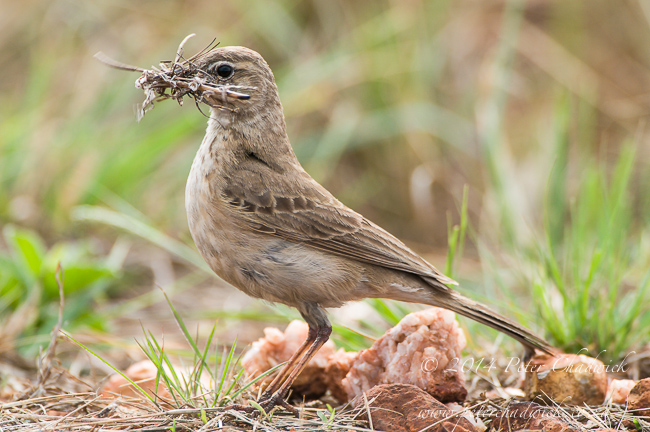 Ubiquitous Common Mynas and Pied Crows wandered the lawns with loud conversations to one another or flew overhead on some or other mission. My visit to Rietvlei Nature Reserve took place just after the reserve staff had burnt all the firebreaks and there were wide strips of blacked stubble stretching out adjacent to the expansive road network. These firebreaks attracted Blacksmith and Crowned Lapwings who where ever-watchful for any insect movement. Nearby a pair of Buffy Pipits was busy collecting nesting material for their nest that would be well hidden amongst a grass tuft. Their beaks had become so over laden with different bits and pieces that they kept dropping material and had to scurry backwards and forwards to get it all. 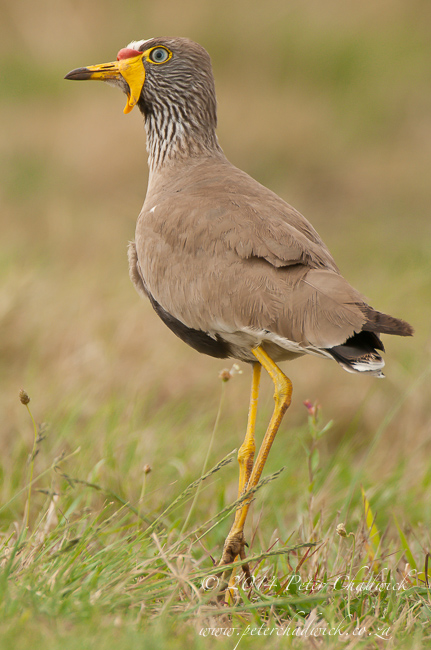 In the skies above, African Palm-Swift, Barn Swallows and an occasional Alpine Swift wheeled and turned, chasing after a flying ant emergence, while on the ground drab Southern Red Bishops in their non-breeding plumage plucked at the ants as they emerged from their tunnels. Anteating Chats, Stone Chat and Capped Wheatears used the numerous termite mounds as elevated perches from which to launch against prey. Many of these termite mounds had been torn open by sharp claws and indicated that there must be a good nocturnal population of Aardwolf and Aardvark on the reserve. Under a large acacia tree a pair of Spotted Thick-Knees rested in the shade with half an eye open, waiting for dusk when they would again become active. Black-Shouldered Kites were numerous and many had nests with ravenous chicks that demanded constant feeding and kept their parents busy stooping after rodents in the dry grassveld. With the onset of summer rains Cape Longclaw and Rufous–Naped Larks displayed constantly. Where small herds of Burchells Zebra, Eland or Blesbok occurred these were closely followed by Fork-Tailed Drongos, Pied Starlings and Cattle Egrets that snatched up any hapless insect that were disturbed by the moving animals. Helmeted Guineafowl and Swainson’s Spurfowls also followed the herds but at a distance, scratching up clouds of dust and soot as they gathered food on the ground. 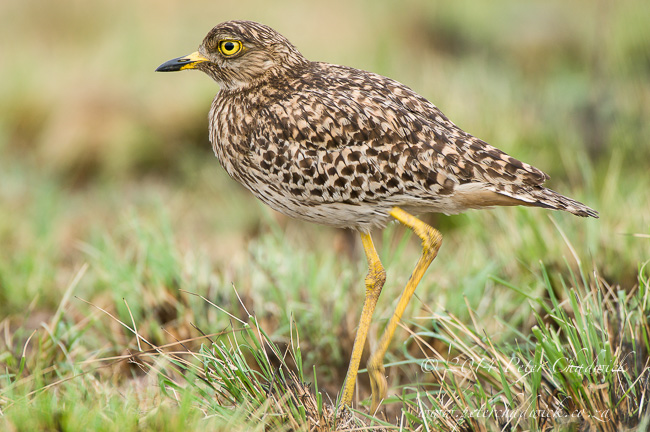 Every now and then, small patches of acacia woodland popped out of the grassveld and these provided excellent refuges for Grey-Headed Bush-Shrike, Cape Turtle and Laughing Doves, Olive Thrush, Black-Eyed Bulbuls, Long-Billed Crombec, Crested Barbet, Green Wood Hoopoe and the striking Crimson-Breasted Shrike with its bright crimson chest and black back. Careful scrutiny of the ground below the trees often revealed a resting Grey Duiker and a real bonus for me was a Side-Striped Jackal which bolted when I stopped unknowingly near to its daytime lair. 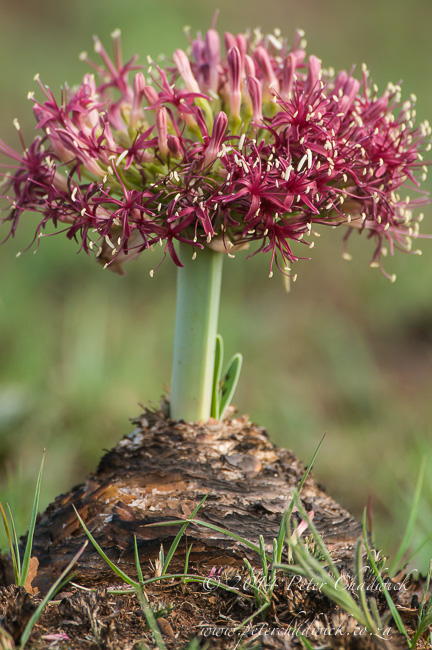 4 of 8: Poison bulb in flower in the short grasslands.

Closer to the lake shore, the reserve management staff, had obviously burnt a block of ground much earlier than the rest of the firebelts as new shoots of green grass were pushing through the ground and numerous yellow and purple flowers formed mats of color with an occasional poison bulb also adding to the floral display. African Wattled Lapwing favored this area, together with African Pipit and Northern Black Korhaan. At one point a nervous pair of Crowned Lapwings noisily herded their newly hatched young away from a family of seven Suricate that were far more intent on watching the skies for predators and scratching morsels from the ground than in the plover chicks. In the sedges near the waters edge, male Long-Tailed Widowbirds displayed with long draping tails and Banded Martin and White-Throated Swallows swooped low over the marshlands. 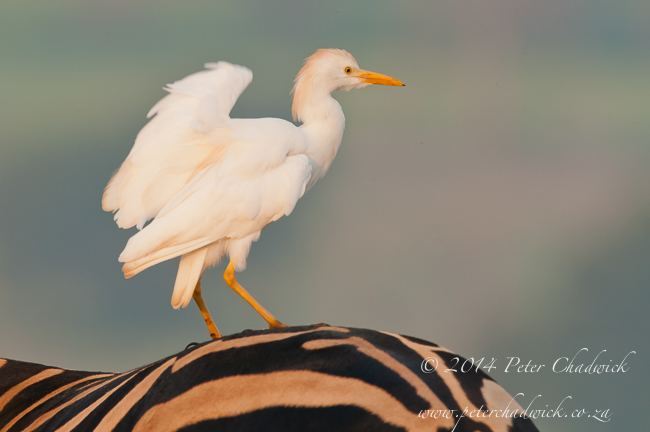 5 of 8: Cattle Egret riding on the back of a Burchells Zebra.

At Otter Bridge, the road formed a causeway over a wetland with drooping willow trees and thick reedbeds, sheltered shallows and a flowing waterfall that attracted much activity with a Little Egret standing at the base of the waterfall, while in the shallows African Spoonbill, Common Moorhen, Egyptian Goose and Cape Shoveller all fed in their own distinctive manner. Lesser Swamp-Warblers called repeatedly from within the reeds and on a small mud bank, Greater-Striped Swallow pairs collected mud pellets for their distant nests. A Malachite Kingfisher balanced precariously on a wavy reed stem, while over open water, a pair of Pied Kingfishers hovered below large flocks of determined flying African Sacred Ibis’s. Further around the waters edge at Island View, a birding hide overlooked a small island with roosting African Spoonbill, Reed Cormorant, African Darter, White-Breasted Cormorant and Grey-Headed Gulls and a single Caspian Tern. En-route to the hide, thick reed beds provided excellent nesting space for Southern Red Bishops and Le Valliant’s Cisticola were common amongst the rank vegetation. 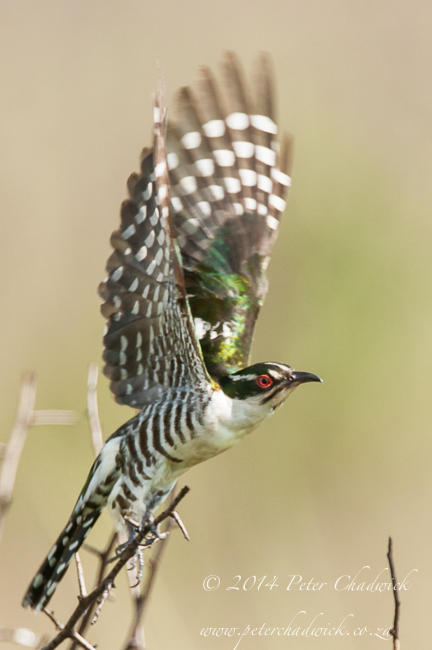 6 of 8: Didiricks Cuckoo taking off.

Flocks of European Bee-Eater flew constantly overhead and were easily located through their constant calls and on one stretch of tar road a small family of White-Fronted Bee-Eaters sat gathering heat from the black tar and launched occasionally to snap up an insect before again returning and huddling close to the road with feathers fluffed out. While watching the bee-eaters, my attention was distracted by several Pied Starlings swooping and dipping into the grass and on watching further I was soon rewarded by a Yellow Mongoose that was running rapidly to get away from the pestering starlings. 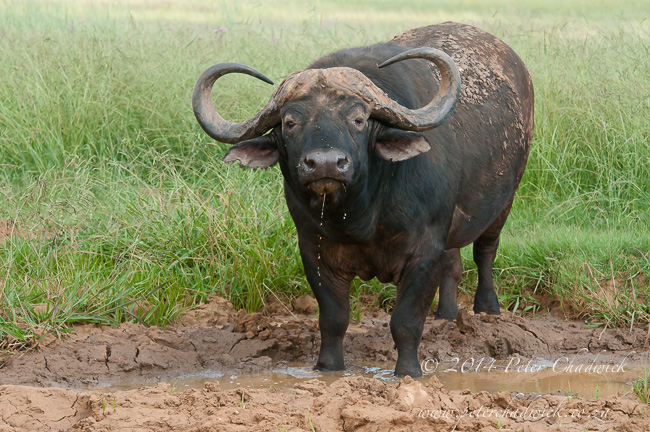 7 of 8: Rietvlei also provides excellent sightings of a number of antelope and animal species.

All this activity took place within the space of just two hours and clearly showed that even close to our bustling city centers there are some real special birding locations that can provide a break from the rush and bustle of daily life. 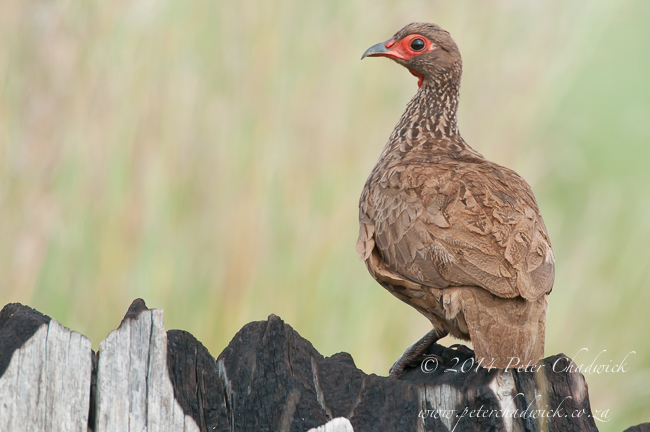 Season and weather: The Rietvlei reserve has a typical highveld climate with approximately 700m of rain falling per annum and mainly during the summer months. Frost occurs regularly at night during winter months

Local Bird Guides: Game viewing and birding tours can be booked at the reserve, but need to be booked in advance

Getting There: The Rietvlei Nature Reserve is situated just 20mins from the O.R.Tambo Airport on the R21 between Johannesburg and Pretoria. Take the Oliphantsfontein turnoff and follow road signs to the reserve entrance.