Since being the general manager at De Hoop Nature Reserve and Marine Protected Area, wildlife and conservation photographer, Peter Chadwick has kept a close eye on the fish tagging project that has been ongoing in the De Hoop Marine Protected Area for over 25 years. The project is the largest of its kind in the world, having tagged and released well over 50 000 fish.

The information that has been gathered from this project has helped researchers determine the movement patterns of many inshore fish species and has helped with the setting of line-fish management strategies for South Africa.

The project is managed by the Department of Environmental Affairs – Branch Oceans & Coasts and all data captured is analyzed by Associate Professor Colin Attwood from the University of Cape Town Marine Science Research Institute.

The monitoring is undertaken six times a year and is carried out at two locations within the De Hoop Marine Protected Area – namely at Lekkerwater and at Koppie Alleen. No other fishing is allowed at De Hoop Marine Protected Area and so the site is an ideal scientific bench-mark area from which to compare other areas where fishing is allowed. Having been undertaken for over 25 years, the monitoring has helped record the recovery of fish species and track their movement patterns since the marine protected area was proclaimed in 1985.

The tagging team comprises of 10 experienced anglers who are carefully chosen for their skills. Eight are regular team members and then Colin tries to include two members from fishing clubs throughout the country. This helps spread the message of tag and release fishing and showcases the value of marine protected areas in the recovery of fish stocks. The anglers are split into two man teams that either fish for big fish such as the Kob and White Steenbras, small fish such as Galjoen and a team that fishes for sharks. Gear and bait is strictly controlled and the fishing area is divided into 100m sections and covers approximately 3,5km’s of coastline. 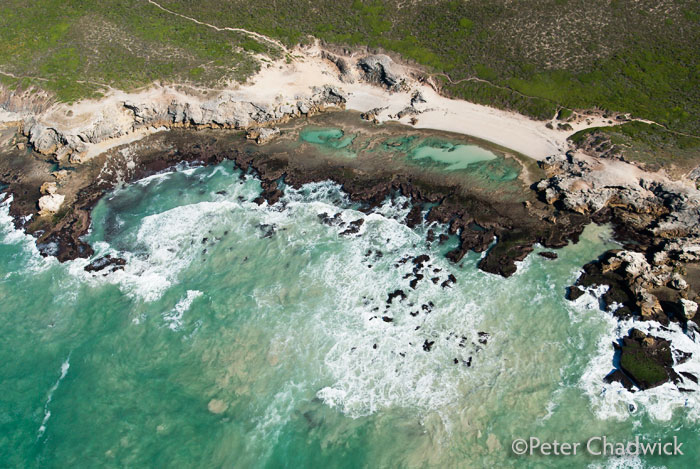 All fish that are captured and are over 30cm’s in length are tagged, measured and then carefully released. When recording the data, the species, tag number, length and exact location is recorded. It is surprising to see how many re-captures take place within the study area, while on the other hand there are also many recaptures from other locations around our coastline. Colin told me recently that a Galjoen that had been tagged in the reserve was recaptured again after 16 years! When watching the anglers at work, the real value of the marine protected area is obvious when one sees just how many and how big the fish are that are caught in comparison to areas where no protection is in place.

These un-protected areas are heavily depleted and fish are rarely caught. Furthermore, the value of tag and release fishing means that fish can be returned to the ocean where they can grow and breed to allow for sustainability. Regardless of where one fishes, I would really encourage all to take part in tag and release fishing and to also support marine protected areas.