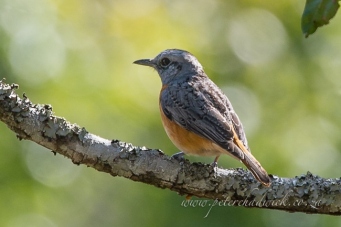 Rolling granite topped hillsides covered in vast stands of Miombo woodlands and valleys filled with dense forest patches attract a host of bird species that makes the Eastern Highlands of Zimbabwe one of the best birding locations in the country.

Leaving the incredible wildness and immense diversity of central Mozambique behind us, our birding group crossed the border into Zimbabwe on the last leg of our two and a half week trip. The border crossing took place with great ease and we were soon overlooking the town of Mutare from the heights of the Cecil Kop Nature Reserve. 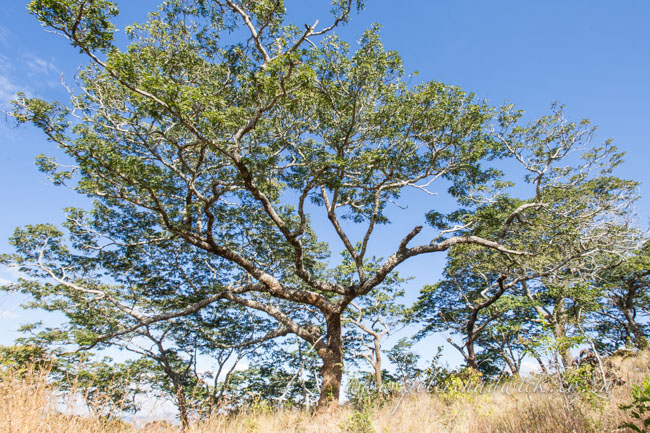 Arriving during the heat of the day, barely a breeze blew and there was little sign of any birdlife. Etienne Marais of Indicator Birding led us to a favorite picnic spot under large canopied Miombo woodland and we had barely alighted from our vehicles when a birding party was sighted with a mega-tick of a Spotted Creeper being first on the list! This species has been one that has always eluded me through the years and to finally see a pair of these birds living up to their name of “creeping” along the branches had me hopping around with much joy for a long while. 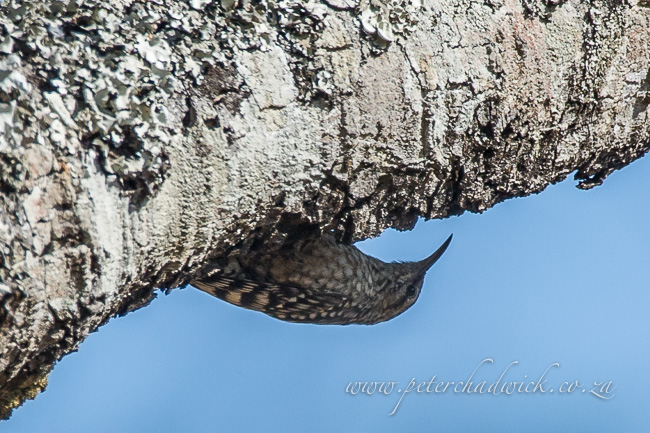 2 of 12. A Spotted Creepr lives up to its name by "creeping" around on the underside of a large bough 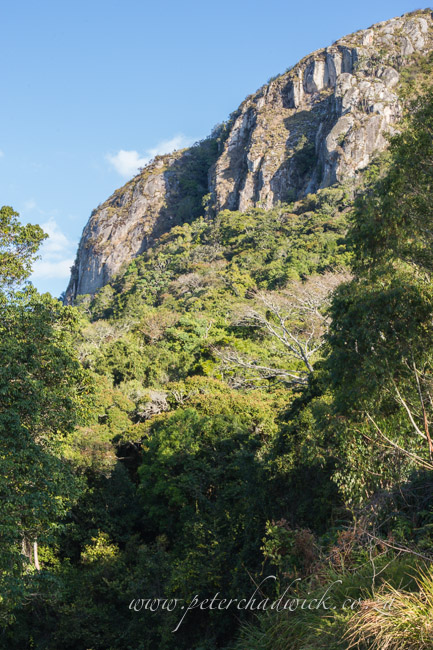 Leaving Mutare behind us, we headed for the Bvumba and our overnight destination at Seldomseen. Winding roads took us ever higher with vast vistas across into Mozambique and overlooking massive granite domes that were skirted by dense stands of giant trees. We arrived at our destination at dusk and to the chorus of Orange Ground Thrushes and Olive Thrushes calling enticingly from the surrounding forest. 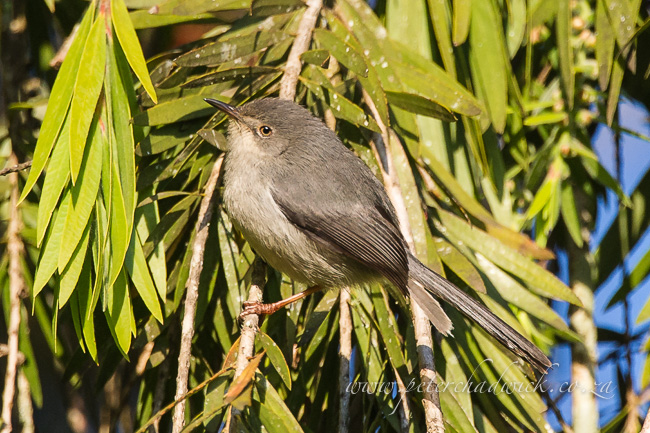 4 of 12. A Roberts Prinia search for small insects in the upper branches of a tree 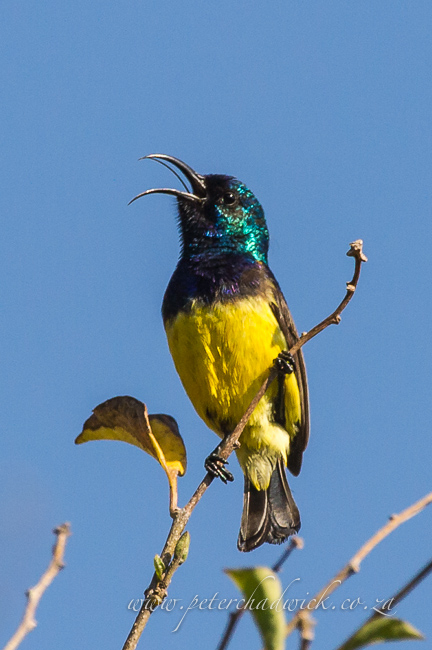 5 of 12. A male Variable Sunbird proclaims his territory from the top of a tree

Rising early the next morning, there was ample time to wander the extensive gardens at Seldomseen and it was not long before Roberts Warbler, Chirinda Apalis, Variable Sunbirds, Livingstone’s Turaco, Yellow-Streaked Greenbul and Stripe-Cheeked Greenbul has been seen amongst more common species. 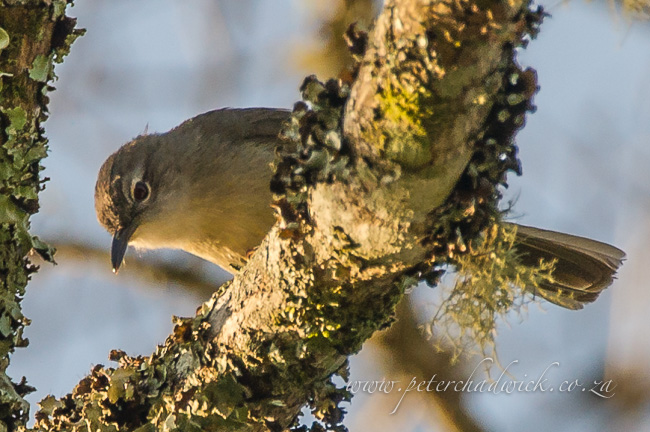 6 of 12. Yellow-streaked Greenbuls are one of many species to be found in bird parties in the Bvumba 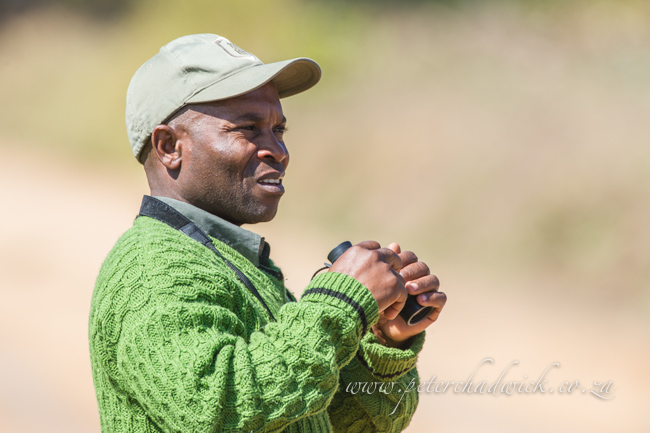 7 of 12. Bulawazi is an excellent bird guide and knows the best locations for finding the real sought after species

During mid-morning, Bulawazi, the local bird guide from Seldomseen, led us to a number of his special spots where Bronzy Sunbird and Yellow-Bellied Waxbill were quickly found. We tried hard to locate the Eastern Bronze-Naped Pigeon and despite visiting several locations, the bird sadly eluded us. The highlight of morning, was being taken by Bulawazi to a quite forest stream, where we sat patiently until a pair of Swynerton’s Robins made an appearance a few meters away from us. The male allowed clear views on several occasions as he hoped into openings on the forest floor. 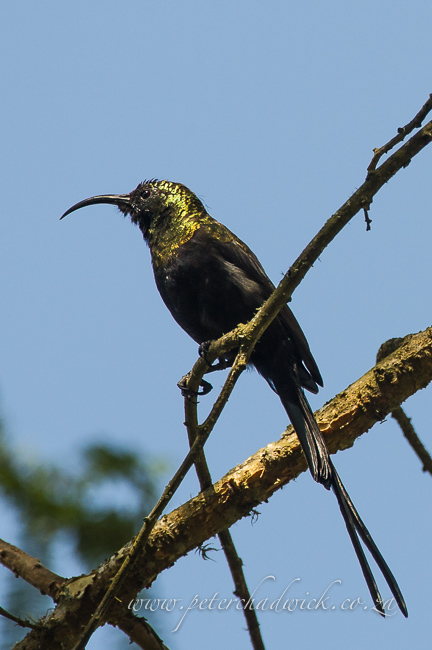 8 of 12. A male Bronzy Sunbird shines in the sunlight 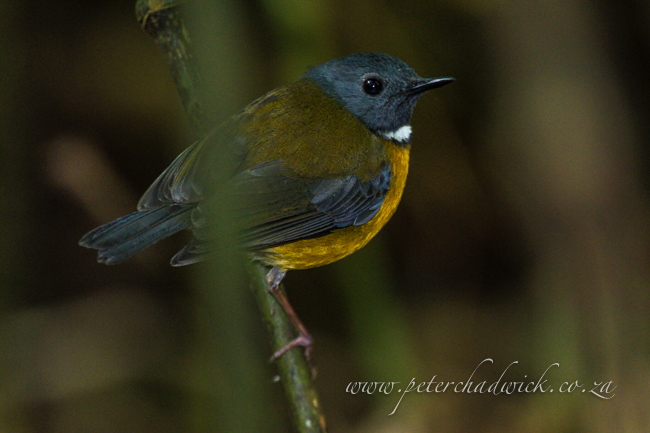 9 of 12. A male Swynnertons Robin shows himself briefly in the dense forest undergrowth

After a brief lunch, we again joined Bulawazi for an afternoon of birding near the Leopard Rock Hotel. Walks along the downward winding road took us through Miombo woodlands where Yellow-Fronted Tinkerbirds were found feeding on ripe fig fruits and a Green-Backed Honeyguide called from high in one of the treetops. Our final species for the afternoon was a flock of Retz’s Helmet-Shrikes that kept in constant communication with one another via constant calling. 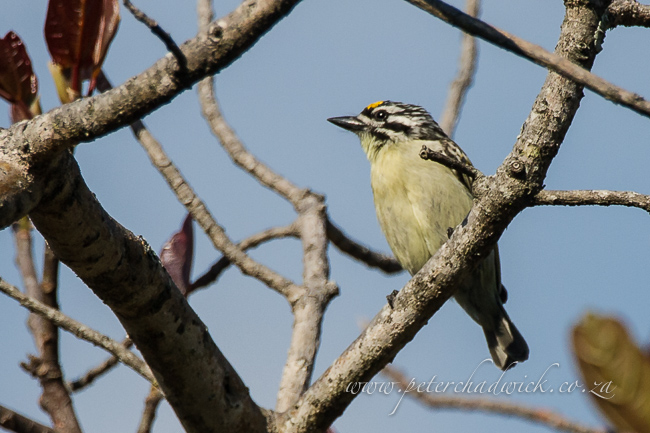 10 of 12. Yellow-Fronted Tinkerbird feeding on the fruits of a fig tree 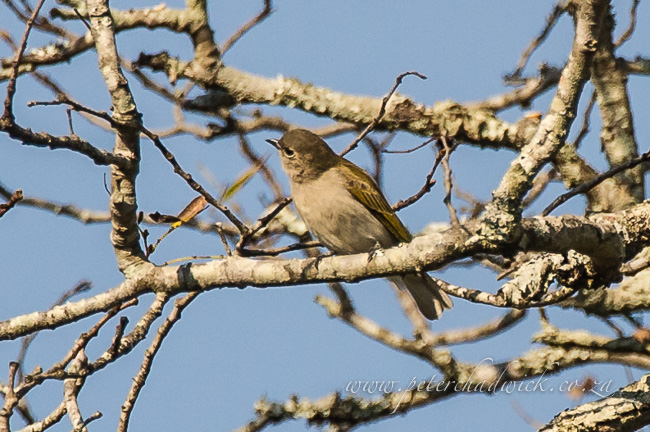 11 of 12. A lucky sighting of a Green-Backed Honeyguide

This amazing trip that took me through central Mozambique and the Eastern Highlands of Zimbabwe aims to help raise awareness of the founding the “Associação Ambiente, Conservação e Educação Moçambique”. AACEM is a bird conservation orientated organization based in Maputo, Mozambique. By focusing on birds, and the sites and habitats on which they depend, AACEM is working to improve the quality of life of birds, biodiversity and people.  Please support this important project that will benefit birds and conservation in Mozambique and also PLEASE become a member of Birdlife South Africa. 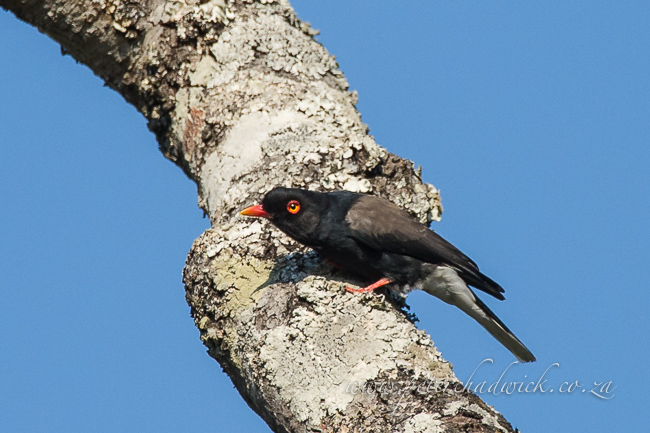